A Home for Abigail by S. Marriott Cook

Alone and abandoned on a deserted street, a dog tries her best to tell people she needs help.When she has almost given up—a kind lady stops . . . .

Join Abigail on her journey as she becomes a beloved family member in a forever home.

Based on a true story, A Home for Abigail is a book to be enjoyed by pet lovers of all ages.

The Game Is Playing Your Kid by Dr. Joe Dilley 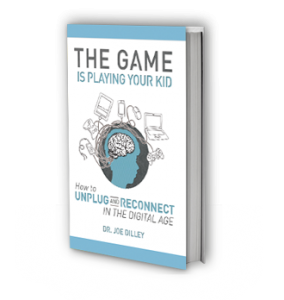 Out now! The Game is Playing Your Kid: How to Unplug and Reconnect in the Digital Age, by Dr. Joe Dilley. Dilley shares his profoundly effective three-step process that will facilitate your kids' transition away from overuse of technology and toward more responsible and mindful use, so they unplug from devices and reconnect with your family in organic, lasting ways.

Learn how to take advantage of the financial opportunities in your life with ‘Become Rich on Main Street: Build Your Own Economy’ by Rick Pierce.

Pierce’s informative guide has something for everyone when it comes to earning, budgeting, and saving. His advice is made for today’s real world and includes strategies and solutions that have been put to the test in his own life. Get back in control of your money today! 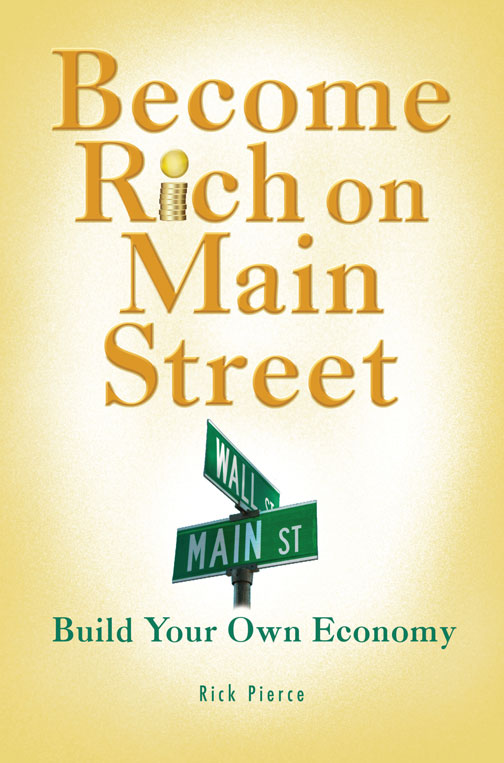 Behind the Wall: The True Story of Mental Illness as Told by Parents by Mary & Elin Widdifield

Out now! Behind the Wall: The True Story of Mental Illness as Told by Parents provides a shared voice for millions of people who advocate for a child or loved one living with mental illness, fosters understanding for society at-large, and delivers an ultimately hopeful read.

For the first time in history, a new path to cancer prevention for those over 40 years of age is disclosed. The common denominator and other bioactive compounds of three different medicinal mushrooms from Japan, China and the Himalayas respected for two millennia have been discovered and Western research into them is presented.

The Crooked Albatross and Sweet Fanny Adams by Leigh Cross

The new novel by Leigh Cross, The Crooked Albatross and Sweet Fanny Adams, is out now!

Who would’ve thought that a memoir from the eighteenth century would have caused so much trouble? Eight adventurers sail to Cocos Island on the converted tuna clipper, Sweet Fanny Adams, to dig for the fabulously rich Loot of Lima.  They are backed by an amphibious aircraft, a Grumman Albatross, under the command of Van Dusen, a cashiered, ex-U.S. Navy pilot, with ulterior motives.

And the eight adventurers? What a collection! British nutcases, a timber cruiser, a prospector, a cook, the cook’s wife, they are not necessarily what they appear to be either.

Tom Laurel, a failing artist, Ray Styles, a wealthy eccentric, and the exotic Soledad Paz all keep their dark secrets well hidden. When the three of them are irresistibly pulled into a volatile love triangle, their pasts and secrets start to show themselves, and the aftermath could be painful. 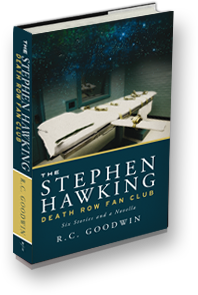 AS DEATH ROW INMATES AWAIT EXECUTION, THEY DELVE INTO A STUDY OF THE UNIVERSE.

A STALKER LETS US GLIMPSE INTO THE WORLD OF HIS COMPULSIONS.

A WOMAN, CONFRONTING HER CONVICTED RAPIST, BECOMES OBSESSED WITH FINDING A WAY TO KILL HIM.

A NEO-NAZI BEGINS TO SEE BEYOND THE HATE AND VIOLENCE ON WHICH HE HAS BASED HIS LIFE.

How do people wind up in prison? Once there, can they change? Do they feel remorse, or merely regret that they’ve been incarcerated? What kind of a toll does a prison take on those who work there? What’s the aftermath of a violent assault on their victims, and their victims’ families, and their own?

These are a few of the questions confronted by the characters in R.C. Goodwin’s collection of stories, The Stephen Hawking Death Row Fan Club. The questions don’t make for easy answers, and the characters don’t fall into clear-cut categories.

Taken together, the stories illuminate some of society’s darkest corners. Goodwin’s experience practicing psychiatry in correctional settings for over twenty years adds depth and authenticity to them. His stories offer unexpected turns and endings, as well as surprising doses of gallows humor.

‘Minerva’s Fox’ is a captivating story of one woman’s journey to understand herself and come to terms with her past.

When Malorie Ellsworth finds herself in a small village in France, she finally seems to be finding her way. With a traumatic childhood and a rough spell of graduate school behind her, Malorie looks forward to a future in garden design and a full life back in the States.  Although she is a success in her field, she is facing difficult times at home and when an old lover resurfaces, she must stop running and meet her past head on.

Kristina Baer’s story of a woman finding her way is beautifully written, finely balanced and impossible to forget.

A heart-shaped carving in a tree represents the enduring love of Jake and Sadie, but what happens when that old Beech begins to die?

In The Carving Tree by Terry Thomas Bowman, newly retired Sadie has to come to terms with the approaching death of her husband, Jake. As if this weren’t enough, she is left in charge of an abandoned child and is hit with a false lawsuit, leaving her bitter with God. Meanwhile, the child’s mother had become the victim of a human trafficking ring and needs to find the courage to find her way back to her son. Bowman gives us a beautiful story of love, faith, courage, God’s Grace and hope.

A beautifully written historical piece, "Inheritance" will transport you back to Antebellum America!

David C. Lavoie tells the story of Mary, a young, new mother of twins is left to fend for herself when her husband and brother leave in pursuit of Gold Rush success. Faced with homelessness and poverty, Mary has to take things into her own hands to survive this rough period. A story of forgiveness, redemption and based on one family's true history, you will not be able to put it down!

Just Enough God is a beautiful collection of essays by Joel R Carter. The separate pieces, woven together, will help you look within yourself and into the troubled world around you and find happiness, peace and God’s place within it all.

Henry Faulkner’s new series is off to a flying start with "Sprouting Wings"!

In the first installment of the Alan Ericsson series, Faulkner tells the story of a young man and the start of his Navy flying career. You will be immersed into the lives of military men and women, witness their struggles and triumphs in everything from Flight Training to the attack on Pearl Harbor. Written with incredible detail and following historical fact closely, it is an intriguing tale of military life - and love - at the beginning of World War II.

In Plain Sight by H.L. Stafford

Could something as simple as a genetic marker explain the myths and tales of ancient heroes? This is a question that Abbey O’Rourke must face as she uncovers the secrets of her family’s lineage and their telepathic abilities in H.L. Stafford’s new book, “In Plain Sight”.

Abbey, a young nurse in Chicago, finds herself at the center of a prophecy thousands of years old when she meets Michael in the middle of a snow storm. The two share a profound connection which sets her on a journey of recognizing her own amazing abilities, the incredible new world they open her up to and the dangers that come along with such power. Action-packed, suspenseful and romantic, “In Plain Sight” is the perfect winter read.

Middle school is full of many choices, some difficult and some seemingly trivial. This interactive, choose-your-own-adventure style book gives girls an opportunity to test out those different options and see where they lead. Full of wonderful illustrations, situations and endings, this book is a fantastic and educational read.

Whisk yourself away to a magical world with Linda Champion’s latest book, Fairy Tales for Life!

This collection of original stories and beautiful illustrations gives readers an updated view of the ancient and charming world of fairy tales.  Readers young and old will delight in the tales of love, dragons, magic, adventure, families, fairies and the lessons that comes along with them. Embark on your journey into this enchanted world today and live happily ever after!